Control over costs and the carbon footprint

Costs and the carbon footprint

A Logistics business needs to be as efficient as possible, deliver excellent customer service - and find ways to reduce the carbon footprint. To optimise operations to achieve all three, information needs to be joined up. You are then in control.

There is a way of operating that gives the best financial result obtainable under prevailing conditions.  The challenge is to discover it.  This is particularly important for Logistics and Supply Chain organisations because of competitive pressures and the need to take advancing Environment, Society and Governance (ESG) legislation in their stride relating to accountability for their carbon footprint.

Data has a critical role to play.  It is used to provide metrics that will indicate direction of travel and what you need to control.  It is also used to find the optimum way of operating.

The business described below is a UK wide carrier of freight operating a fleet of vans, light utility vehicles, and heavy goods vehicles.

Our first step was to connect key sets of data from across the business so they could all be accessed at one location.

This would allow measures to be tracked that would cover all the critical elements of business operation.  A bit like pressing a semi-inflated balloon, they needed to see whether efforts to improve performance in one part of the business were hitting performance in another.

It would also provide a foundation for the optimisation process to come.

An example of some of the metrics captured:

Use of vehicles, quality of driving 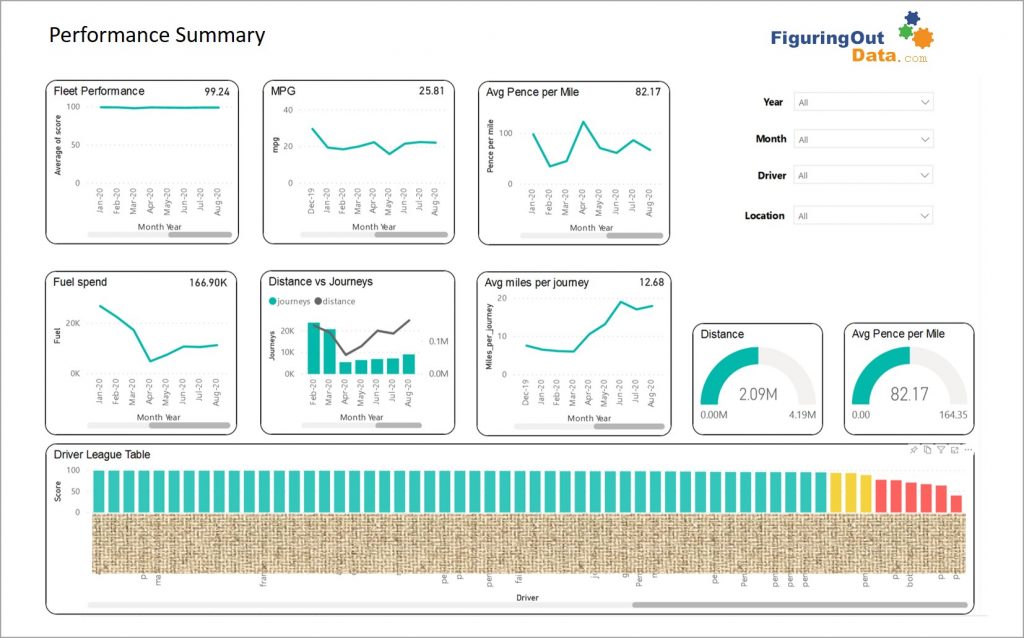 Income and costs related to performance 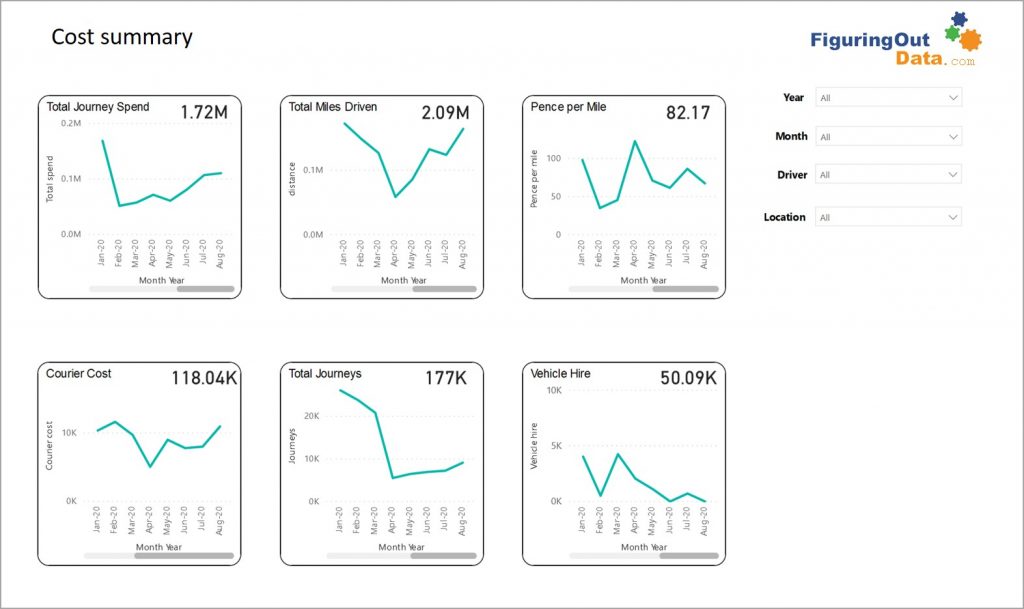 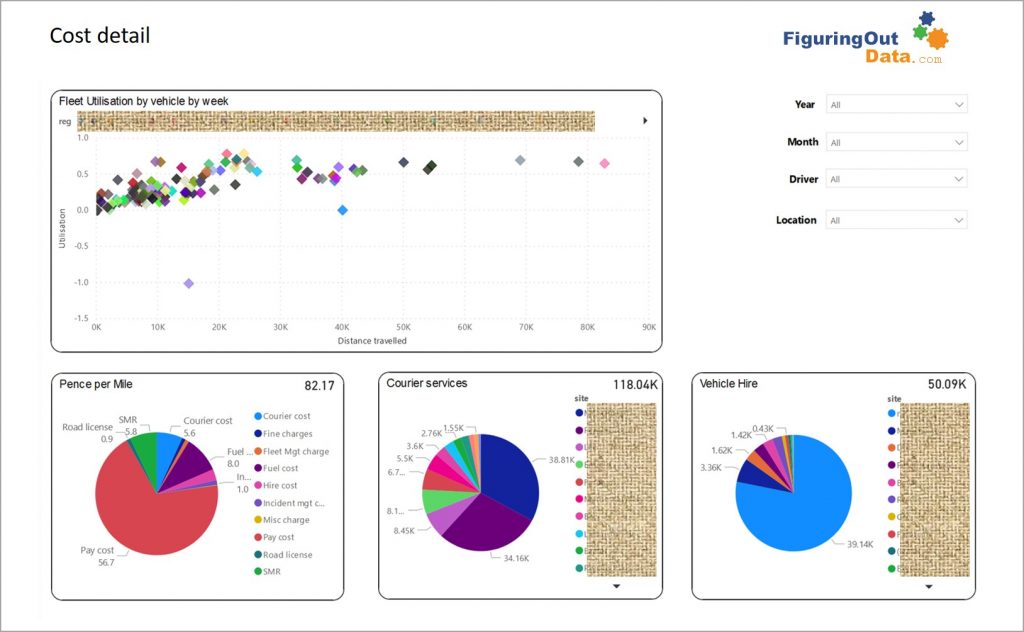 Insight into patterns of behaviour 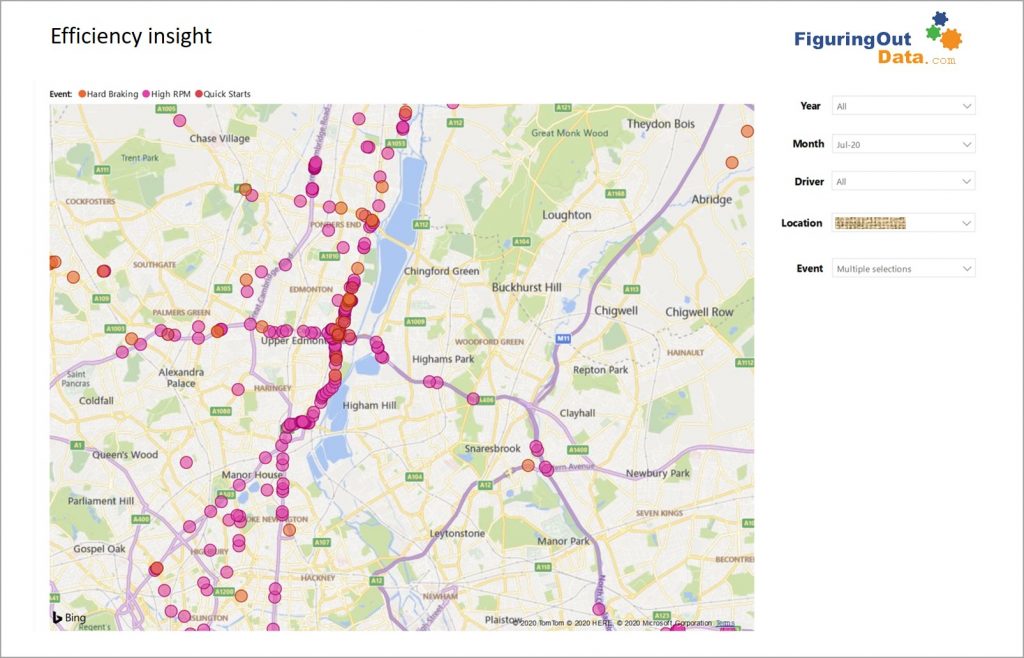 1.   The process started with agreement about the goal – specifically to  maximise profitability and reduce the carbon footprint.

2.   This paved the way for a sequence of iterative calculations with a simple question at their heart:

And given our future options for:

And given our actual and estimated unit operating costs and carbon footprint for each step in each door to door process.

And given the our actual and estimated prices for each of the door to door processes.

What are the door to door processes, the configuration of vehicles, the choice and timing of routes, the driver schedules that deliver the best achievable outcome?

The outcome from the optimisation task was a set of parameters which should,  theoretically, bring operations to their optimum configuration.

This however was no more than the result from a calculation.  It made sense – nonetheless it could only be tested by attempting to turn it into reality.

The optimisation process therefore involved moving towards the optimum configuration one step at a time – collecting both hard metrics from the metrics platform, and soft metrics, to assess whether or not it was working.

E.g. The first outcome from the iterative calculation indicated that customer service schedules could be maintained using fewer vehicles.  This, however would have implications for driver workload which in turn might impact their well-being and performance.

As schedules were adjusted to use fewer vehicles, driver performance feedback from vehicle telemetry was monitored, and the drivers were consulted to understand whether and how they were being affected.

It was clear from both sets of data that a limit needed to be set to the rationalisation of vehicles – and therefore to the cost efficiencies that could realistically be expected from this part of the optimisation calculation.

Nevertheless, the Managers and Supervisors tasked with asking for more from their people and their vehicle and warehousing assets are able now to recognise that more can be sought.  Nonetheless it is vital that metrics are used every step of the way, not as an indicator that people should be able to do more, but as an indicator of real limits that need to be recognised and respected.

The next steps in the optimisation process are underway.

If you would like to know more then please use the form below, or email us at hello@figuringoutdata.com