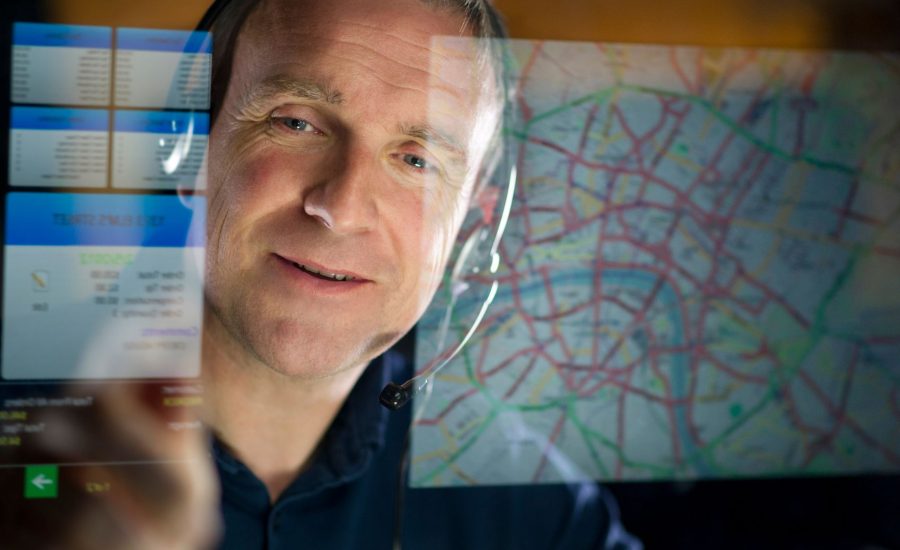 How to deliver excellent customer service, at a competitive cost, while reducing the carbon footprint and fulfilling all elements of the company’s Environment, Social and Governance (ESG) agenda?

Whilst, at the same time, coping with issues that come in from left field such as a severe shortage of vehicle operators.

Start with a question

To crack this conundrum businesses will need to answer a range of questions.

They start with the more fundamental.  E.g.

What speed of service do we want to achieve, where are we now, and how do we operate in order to close the gap?

These are followed by questions about ‘optimisation’. E.g.

How do we minimise our cost to serve given shipment types, customer delivery schedules and locations?

And then by questions to do with finding marginal gains in efficiency. E.g.

How much do delays at customer delivery points cost us?

Hybrid is not just for cars

There are some excellent business intelligence platforms available on the market that will provide detailed information about day-to-day performance.

But the logistics and supply chain landscape is constantly changing and is going to become a great deal more unpredictable as major influences take hold such as aggressive and fast moving environmental legislation, advances in automation, the need to look after operatives working under increasing levels of pressure.

The businesses that will be able to ride out this conundrum will be those with a hybrid approach to the use of data.

They will commission or purchase platforms to help monitor day-to-day performance, but also reach into data outside of their platforms in order to drive improvement.  These are the data skills that are needed today.

1.  The first skill – and by far the most important, is to frame a problem as a question.

For example, say that 20% of the shipments to one customer arrive late.

To put data to work on this, the problem must first be framed as a question – and one that gets as close to the root cause as possible.

One approach to this is to repeatedly ask ‘why?’.

Q1: Why are shipments late on 20% of occasions?

A: The journey time is longer than planned for 20% of the deliveries.

Q2: Why is the delivery journey time longer than planned?

A: The departure time is later than planned causing vehicles to hit congestion.

Q3: Why is departure later than planned?

Having started looking at journey times the problem as now been reframed as a warehousing issue.

A second approach, and one that provides a different perspective, is to repeatedly ask ‘does it matter?’.  E.g.

Q: Does it matter that deliveries are late?

A: Yes of course.  We are in breach of our promised delivery times.

Q: Does it matter that we are in breach of our promised delivery times?

A: Yes (are you mad?).  It damages our reputation.  But, by the way, we also hold up the customer’s manufacturing process.

So the real question (it’s the one that matters most to the customer) might be:

How do we always meet our customer’s production schedule?

Which still leads us towards the warehouse picking failures, but gets us to focus first upon those that carry the greatest risk of spoiling the customer’s day.

2.  The second skill is to translate the question into a definition for data that will point towards the answer.

This involves working through a framework that translates the question into a set of ‘objects’ for which we need data – and the ‘features’ for each object that will explain the cause of the problem.

For each picking event – the time, outcome (success or failure), reasons for failure.

For each delivery event – the scheduled time, the actual time, reasons for failure.

3.  The third skill involves sourcing and combining the different sets of data to yield the insights needed.

This is where most of the time is spent.  Thankfully however, the time needed is minimised by firstly framing the problem correctly (which has been done), and then using applications that will do most of the heavy lift for you.

These are the ‘low code’ and ‘no code’ tools that have grown in capability over the last few years.

Leading the way is Microsoft’s PowerBI (the Author’s personal opinion).  It can connect with, and join, your warehouse data to your delivery data using an intuitive and code free user interface.

You will then be able to explore visually the full set of data, also using an intuitive and code free user interface.

4.  The fourth skill involves interpreting outcomes to open up options and choices.

Visualising data is great fun, however it rarely answers any questions.  Its purpose is to prompt more of the right questions.

For example, we might see a correlation between a type of picking issue (revealed from error messages giving the reasons for failure) and the greatest departure delays.

The steps outlined above need to be repeated – starting once again with the question ‘why?’.  E.g.

Q:  Why is the pallet to be picked not present in the warehouse bay?

A:  It was put into a bay that doesn’t match the one scanned into the system when the pallet arrived.

Q:  Why was it put into the wrong bay?

A:  Because the intended bay was already full – but the change of bay wasn’t scanned correctly into the system.

At this point our data has almost served its purpose.  We have now reached the heart of the issue – perhaps related to an incorrect procedure, or a gap in training.

The final role for it to play is, of course, to monitor the impact of any changes made.

However, if the PowerBI application still has its data pipelines in place, this may just require a refresh of the displays that pointed the way to the root cause in the first place.

Why does this matter?

The ‘data analytics’ outlined above has traditionally been the preserve of the dedicated Business or Data Analyst.  But ease of access to data, and intuitive low cost applications, mean that this is no longer the case.

People with a deep knowledge of their business can now apply their knowledge and experience directly to efforts to unlock value through data – rather than through a specialist, either hired for the purpose, or procured from outside.

They simply need to be inquisitive about the business and be prepared to roll their sleeves up, get going, and turn their curiosity into information.

When they do, coping with conundrums such as those facing Logistics and Supply Chain management teams will feel more and more like dealing with business as usual.

We help organisations to develop data strategy, and we train your people to build and use data to unlock value.

If you would like to know more about how we can be of help please complete the form below.