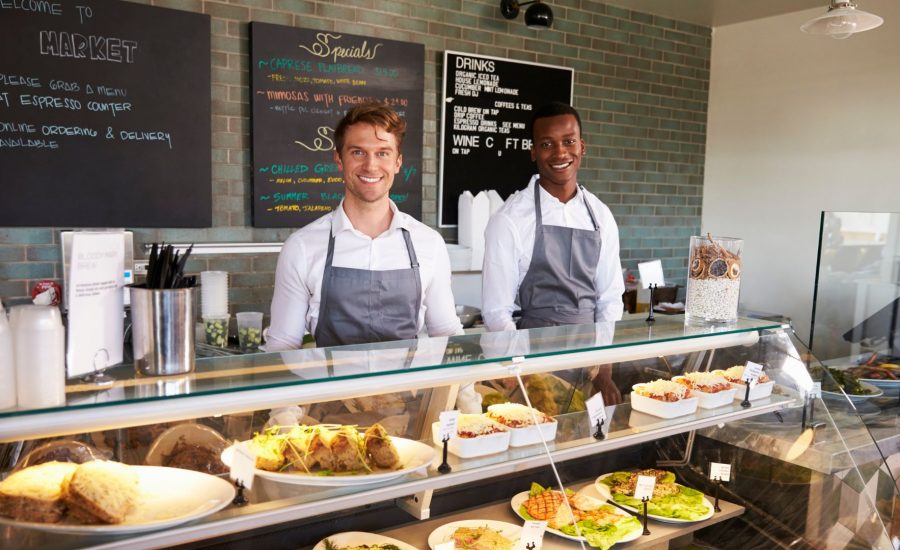 This is a case study about a delicatessen outlet in the West Midlands area of the UK that roared back into life after the Covid lockdown period, thanks to their astute use of data.

Prior to the lockdown, they had been looking for ways to boost visitor numbers.  When the lockdown eased they were able to finally put their ideas into practice – with outcomes considerably better than originally envisaged.

The first returners to the high street were already aware of the deli when they arrived.  Also, thanks to the austerity experienced in the preceding months, the fine food and drink on offer proved to be irresistable.

Even before the onset of covid, the high street was dying.  A short distance away, a brand new retail park had opened complete with its own parking.  There was a path from it into the historic centre of the town, but few made the journey.

The deli was also positioned just at the point at which footfall from the town centre started to peter out.  On the map it looked fairly central.  But the road in which they were located didn’t attract many pedestrians.

The plan was to advertise – online, and physically at specific locations where footfall into the town was greatest.  It was also to provide highly responsive advertising – promoting exactly what the hungry and thirsty shopper needed at exactly the right time.

The outlet turned to technology and data to help make it work.

The platform built for them harnessed four sets of data.

The first came from an initiative by the Town Council to monitor footfall into the town centre.  Although this was part of a larger initiative to secure funding to re-awaken the high street following the lockdown period, the council made the footfall data available to local retailers.

Crucially it provided counts at the main entry points into the town – counts which could then be predicted by day of the week, time of day, as the weather changed, whenever there were key attractions within the town.

The second set of data was amassed from passenger counts for the local bus and train services.  These counts supplemented those from the town’s footfall sensors and added to the outlet’s ability to predict the overall flow of people into the town centre.

Data set number three came from the Met Office – specifically a 24 hour forecast referenced to a specific observation station 10 miles from the town.

The fourth and final dataset came from the shop itself.  A WiFi/Bluetooth detector placed above the shop window captured a count of people carrying electronic devices who passed the store.  It also captured the time people spent outside the store.

In short, the outlet could predict the flow of people into the town with some degree of confidence.  It allowed them to place physical pop-up advertising stands just when flows were at their greatest, and to make offers on-line that were fine tuned to allow for the weather, local events – even delays to public transport.

They could also predict when shoppers were most likely to pause outside, immediately in front of the shop window.  The shop had an awning providing protection from the rain.   Armed with an accurate weather forecast the store could have offers ready in the window for the moment the weary shopper paused under the awning in need of respite from the cold and wet.

We help organisations to develop platforms for business intelligence and data analytics that you can trust.

If you would like to know more about how we can be of help please use the contact details above or complete the form below.